March has officially reached its final day, and it falls on a Friday no less. On this note, we think some good laughs are in order. This is why we’ve put together another installment of hilarious dental memes. At Signature Smiles, we love to laugh, and we believe that these funny memes will provide you with a nice end to the month, start to the weekend, and start to April. Enjoy. 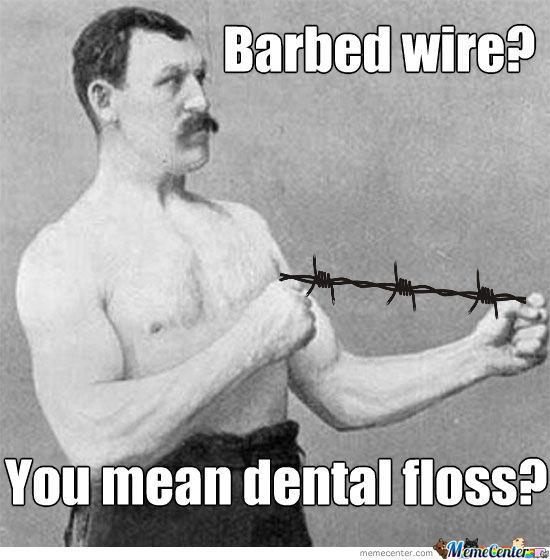 When gums bleed, it can make one wonder if you actually are using barbed wire. Rest assured, that’s not the case. However, if your gums do bleed while flossing, then that means you may be experiencing early signs of gum disease. We advise you to schedule your dental checkup. We also advise you NOT to use barbed wire for flossing. That could turn out really bad. At Signature Smiles, we’ve seen this face before. Flossing, much like brushing your teeth twice daily, takes a conscious effort. We encourage all of our Houston patients to floss once per day, including pediatric dental patients; otherwise, it’ll be you making this face during your dental checkup. 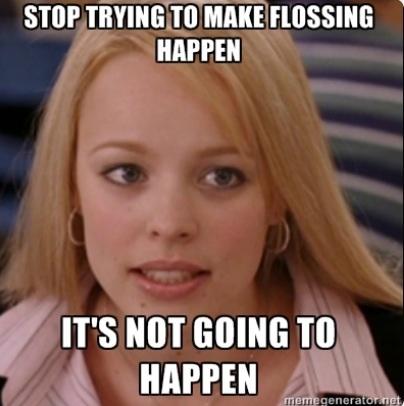 Since we’re on the subject of flossing, sometimes it feels like it’s an idea that won’t catch on. Regardless of what the “Mean Girls” say, we still believe that it is an imperative part of oral health. Keeping flossing, ladies and gentlemen!

This is hilarious and pretty gross. But there are tons of people out there who grind their teeth, oftentimes unwittingly. Many people grind their teeth while they sleep. If you’re grinding your teeth, then we advise you to sleep with a mouthguard. If you do it while you’re awake, then our Houston dentists advise you to stop doing that. 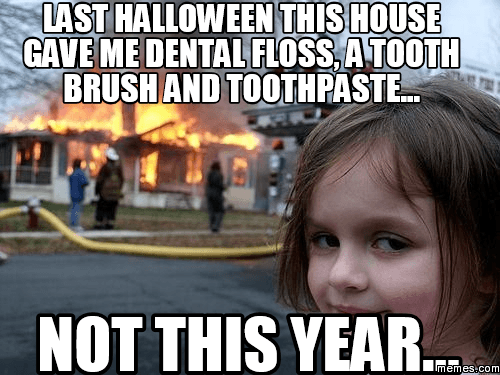 Sure, Halloween is pretty far down the road, but there’s nothing like planning ahead. Of course, we don’t condone burning down houses. But we do think it is a good idea to plan ahead regarding how you’ll deal with getting so much candy in the future. We believe floss, a toothbrush, and toothpaste are pretty legit Halloween gifts (as long as they come with some candy).

We hope you enjoyed these dental memes and got at least a smile out of them. We also hope that you will contact us to schedule your next dental appointment.